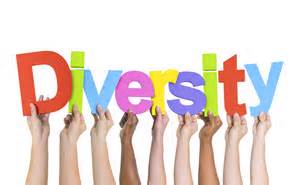 As children, growing up in India, every book my siblings and I read had white characters. Even if the books were set in exotic places like Cairo or India, the lead characters were white. Heroes were often described as Tall, dark and handsome. Of course dark was a reference to hair color not skin tone. The only real people of color in those books were the help.

Oddly enough, we never questioned it. Perhaps it was a tragic side effect of being citizens of a former colony, but I’d like to believe it was because we simply loved to read. Without the benefit of a public library, we sought membership in at least half a dozen Lending Libraries, privately owned enterprises, often run out of tiny stores, tucked away on a side street, sandwiched between a chai stall and a vegetable stand. These libraries were literally stacked top to bottom with books—new, old, dog eared, musty, moth bitten —and we really didn’t mind.

Some smelled of stale curry as if they were used as fans by housewives slaving over hot kerosene stoves in sweltering heat. Flipping through the pages of those books, you could smell family meals prepared with love and I often imagined conversations that took place while fragrant curries, rice, and rotis were being cooked. Somehow these books found their way to these libraries and not the paper wallah who bought old books, magazines and newspapers and sold them to street food vendors who formed paper cones to serve fresh roasted peanuts and mango, and coconut infused chick peas.

At every one of these lending libraries, we had accounts because we paid a fee to rent books for a week at a time. Penalties for late returns were often more than the actual rental fee. It was meant to teach us to be responsible and considerate because there were so many other children whose names were on wait lists that filled sheets of ruled paper in ledgers. We didn’t mind that either. Books were expensive and there was just one bookstore in downtown Madras. In our family, a new book belonged on birthday wish lists.

In school at recess, discussions almost always centered on which library carried the latest Enid Blyton adventure, Hardy Boys Mystery, Barbara Carter or Mills and Boone romance books. Depending on where we stood on waitlists, we bartered favors and brokered deals. Among friends, we had a tacit understanding that if you got your hands on a trending book, you’d read in the shortest time possible and pass it on to your buddies before the book was due back at the library. There was an urgency in how we went about it. Nothing rivaled the thrill of getting your hands on a trending book, and it didn’t matter an ounce that not one of these books that we salivated over had a single character of color.

Unconsciously, it did matter.

We learned about India’s history, her struggle for freedom from a point of view that to me sounded like a big fabricated lie. History, like the works of fiction we so voraciously devoured, was told from a white person’s point of view. Why? Because they were being written by people from far off places, who didn’t share our world view, much less our skin tones. At school, our teachers were powerless to correct these errors because the curriculum didn’t lend itself to modifications. If we wanted to pass our board exams, we had better conform to this alien point of view. So we crammed and regurgitated lies and passed our exams, since that was the whole point of the exercise.

I recently attended a Society of Children’s Book Writers and Illustrators’ conference. Its focus was the lack of diversity in children’s books. The conference attendees reflected the distribution of children’s book writers in a pie chart one presenter had shown at an earlier session; nearly eighty percent white, mostly female. Underrepresented groups not surprisingly were Latino, Black and to a much greater extent, Asian. I might have been one of maybe three Asian writers and illustrators in attendance.

According to the 2010 United States Census Bureau data, Asian Americans make up 4.8 percent or 18.2 million in the US population. Include those who identify as part Asian, and the number goes up to 5.6 percent of the total population. The Census Bureau projects that by the year 2050, there will be more than 40.6 million Asians living here.

That’s a lot of potential readers who will want books with characters that look just like them.

5 thoughts on “Needed: Diversity in Children’s Book Writers and Characters”

Hey, what do you have to say? Cancel reply